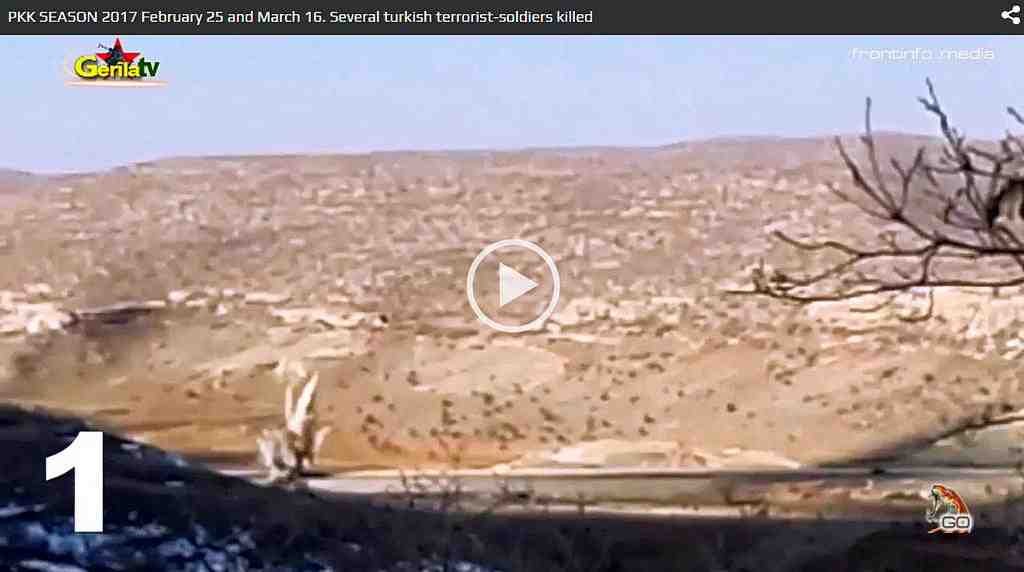 Two separate actions carried out by guerrillas against Turkish military targets on February 25 and March 16.

On February 25, guerrillas conducted a sabotage action targeting a Cobra-type armored vehicle of the Turkish army in between Sultan Şexmus and Akres villages on Mardin-Amed highway. The number of soldiers killed or wounded in this action couldn’t be clarified, according to the related statement of the HPG.

On March 16, guerrillas carried out another sabotage action in which they targeted a Cobra-type military vehicle on move on near the Mazi hamlet on Amed-Mardin highway. Three soldiers were killed and one other was wounded as result of the action.