Meeting in the Astana format on Syria 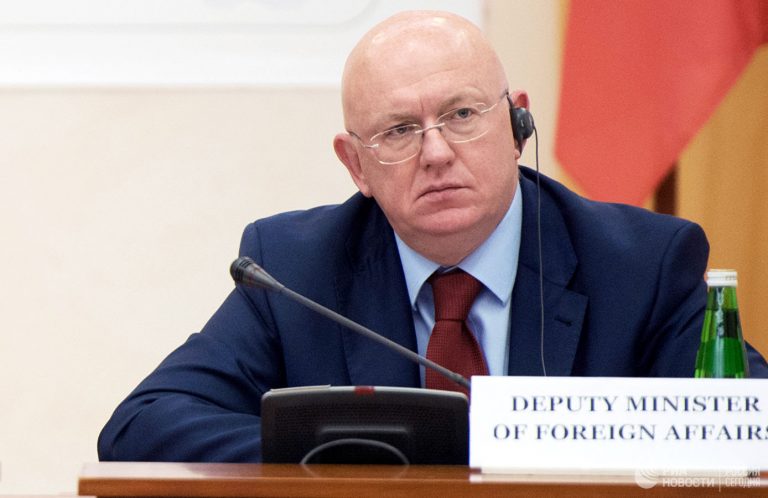 The spokeswoman of the White House, Jen Psaki, announced that the USA are investigating the recent missile attack at the US base in Iraq. The USA reserve the right to retaliate. «The US President and Administration reserve the right to respond at the appropriate time, in the appropriate form» — she concluded. The US State Department spokesman, Ned Price, stated during a briefing that an active investigation is underway. He noted that Washington is in a close contact with the Kurdish and Iraqi partners. He pointed out that the USA want to know what really happened. And the USA reserve the right to retaliate. On Monday evening, the area of ​​Erbil airport in the Iraqi Kurdistan, where a US military base is located, came under missile fire. As a result of the attack — 1 person was killed. 6 were injured.

The Russian Permanent Representative to the UN, Vasily Nebenzya, stated during a speech at a meeting of the UN Security Council that a coordination with Baghdad is necessary in order to fight the terrorists in Iraq. He explained that «the security situation in the country remains fragile due to the intensification of the terrorist underground. All the players involved in the fight against the terrorism in Iraq must respect the sovereignty of the Iraqi state, and coordinate their actions with Baghdad» — Vasily Nebenzya stated and called on all external players with any influence on the situation in Iraq to refrain from steps that could lead to a new rise in tension. He reminded about the importance of the upcoming early parliamentary elections in Iraq, which will be held in October 2021.

The press service of the Ministry of Foreign Affairs of Kazakhstan reported that the meetings of the special envoy of the UN Secretary General for Syria, Geir Pedersen, the special envoy of the Russian president for Syria, Alexander Lavrentyev, and the Ambassador-at-Large of the Ministry of Foreign Affairs of Kazakhstan, Talgat Kaliev, took place. «The Kazakh diplomat met with the heads of the delegations who arrived for the meeting. During the talks, the UN Secretary General’s Special Envoy for Syria, Geir Pedersen, and the Russian Presidential Special Representative for Syria, Alexander Lavrentyev, praised the Astana process. They expressed their hope that the next meeting will be held in the city of Nur-Sultan» — the report stated. It was noted that Talgat Kaliyev took part in the 15th international meeting on Syria in the Astana format, held in Sochi, on 16th and 17th of February.

Russia, Turkey, and Iran jointly announced after the 15th international meeting on Syria in the Astana format that they agreed to continue their cooperation in order to finally destroy the terrorist groups ’’ISIS’’ and ’’Jabhat al-Nusra’’ in Syria. The parties noted and condemned the increase in the terrorist activity in some parts of Syria, which leads to casualties among the civilians. The parties underlined the need for the full implementation of all agreements on the Syrian province of Idlib. Russia, Turkey, and Iran confirmed their commitment to the sovereignty, independence, unity, and territorial integrity of Syria. And also — the purposes and principles of the UN Charter. The parties added that these principles are subject to universal observance and respect. The parties condemned the on-going Israeli military attacks on Syria, which violate the international law and the international humanitarian law, undermine the sovereignty of Syria and the nearby countries, and threaten the stability and security of the region. The parties called for an end to the attacks.

The Syrian Deputy Foreign Minister, Ayman Susan, stated during a press conference after the 15th International Meeting on Syria in the Astana format that during the meeting on Syria in Sochi, Syria confirmed its own commitment to continue the constructive work within the framework of the political settlement process in the country. «We confirmed our readiness to continue to effectively interact with the political process, provided that it is a Syrian dialogue, led and carried out by the Syrians, without any foreign interference» — Ayman Susan stated.

Telephone conversations took place between the Russian and the Azerbaijani Foreign Ministers, Sergei Lavrov and Jeyhun Bayramov. «The heads of the foreign affair departments discussed the implementation of the agreements, reached by the leaders of Russia, Azerbaijan and Armenia on 11th of January, 2021, in Moscow. As well as a number of topical issues on the two-sided and international agenda» — the Russian Foreign Ministry announced. On Wednesday, Sergei Lavrov has a meeting in Moscow with the Armenian Foreign Minister, Ara Ayvazyan. Constantine Reztsov, specially for the ’ANNA NEWS’.