What will Israel oppose the S-300 in Syria? 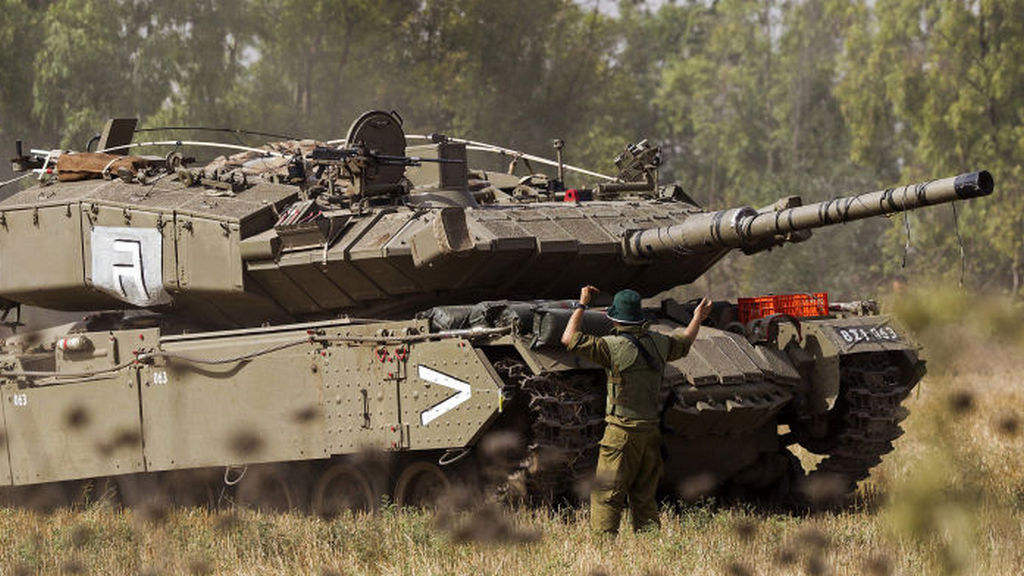 Specialists call Spike one of the most promising developments of the Israeli military-industrial complex in the field of rocket production. Spike have multiple alterations that vary in their characteristics and launch conditions. In connection with the supply of the Russian S-300 systems after the incident with the Russian IL-20, the topic of Israel’s missile weapons is becoming more urgent than ever.

The most notable examples of Israel jet weapons and lucid examples of their use had previously become a topic for analysis and comparison with Russian models of air defense systems and anti-aircraft missile systems.
Now, when Israel intends to continue air attacks in Syria, we will inevitably see a confrontation between the defense-industrial complexes of the two countries.

So, let go back to the Israel rocket Spike

In early September, the company-developer Rafael Advanced Defense Systems announced the new alteration of the Spike ER2. For example, when being launched from a helicopter, a rocket hits targets at a distance of 16 km, the projectile can be controlled in flight and retargeted.

At a Poland presentation, Rafael Advanced Defense Systems stated that its length was increased to 10 km (in the previous one — 8 km). After the cable is broken, the rocket switches to the “shot and forget” mode, it cannot be controlled and re-targeted, like the Javelin.

Spike can be launched from aircraft, from fixed installations, specific modifications might be launched even “from the shoulder” or from underwater — according to some opinions, it was Spike that intercepted a missile launched by the Syrian air defense system S-200VE in chase of an Israel fighter last March.

Then the Israel press proudly presented this fact, because it was the first such precedent — the rocket’s remains fell in the Jordan Valley, and the F-16 fighter escaped intact from the attack.

Russian military expert Mikhail Khodarenok, an ex-officer of the main headquarters of the Air Defense Forces, noted then that Israel had no this serious reason for conceit since it was about intercepting the C-200VE round, which, according to the expert, was outdated long ago and was delivered to Syria in the early 1980s.

And from 1984 to 1988, the anti-aircraft missile forces of Syria’s air defense received two groups of such squad and 144 V-880E missiles — was deployed in positions in the Homs and Damascus areas, and exactly they protect the sky of Syria.
There were also versions that the Syrian air defense missile was intercepted by other systems: the “Hetz” missile defense system, also Arrow-2.

By the way, on August 29, the American company Stark Aerospace gave to Israel the first container for the missiles of the updated anti-missile defense system Hetz-3, and earlier in February the Israeli Defense Ministry and the US missile defense department tested the Arrow-3 system designed to intercept ballistic missiles outside the atmosphere.
In fact, this new system has already been declared operational and transferred to the Israel Defense Forces as the fourth echelon of the missile defense complex after the “Iron Dome”, “Magic Wand” and “Hetz-2”.

So, in last year’s history with interception of the S-200 missiles, according to the Israeli media, in March 2017, «» ground-to-air «missiles was released towards the combat aircraft of the Israeli Air Force attacked the night militants positions in Syria» — it’s about SA -5 in the NATO classification, which is the more familiar Russian ear, the version sounds like “C-200”.
It was shot down by the Hetz-2 system — as we mentioned above, the ex-officer of the main headquarters of the Air Defense Forces noted that it was about the victory of modern Israeli weapons over the samples of the 80s, but now, with the introduction of Arrow-3 ( or “Hetz-3”) we will again see the same ratio of types of armaments: the S-300 complex, in the amount of two regimental sets arriving in Syria, was developed in the late 1970s, while the newest US-Israeli missile defense system again represents the freshest development.

Since, the assumptions already declared by a number of experts that Israel will have to repeat their “achievements” of neutralizing the air defense system (for example, in 1969 Israeli paratroopers captured the Soviet P-12 radar, took it from the Egyptians. Also in Egypt — for a massive breakthrough — they simply destroyed the defense squads during a ground operation by creating a «corridor» for aviation width of 50 km) may remain completely meaningless — most likely, we will again watch the next battle of different generations of weapons.

Among the other Israeli missile systems, the air-to-air class Stunner is noted, it is also used in the composition of the David’s Sling (Kela Davil) missile system and in the American «Patriots». The tasks of Sling are the interception of longer range high-altitude targets, like the ballistic missiles, which is a logical response to the current Iranian program.
However, in the summer of last year, Stunner was able to intercept not only the «clumsy» ballistic missile.

With the debut of Rampage supersonic air-to-ground missile in early June of this year, defense and security specialist Joseph Trevithick explained that now Israel will have great opportunities to act in Syria: within a radius of about 90 miles, Israeli fighters carrying Rampage can attack objects in Damascus without even leaving Israel’s airspace. Memorizing that the «Tomahawks», flew over Shairat, it becomes clear that today weapons have undoubted advantages.

The human factor should also be taken into account: in May of this year, the video of the destruction of the missile-cannon complex ZRPK Pantsir-S1 of the Syrian army with the Spike NLOS rocket was widely scattered. On the record, you can see that the Pantsir, which is supposed to protect the airspace, was simply not ready, and its combat crew was slowly walking nearby — who knows how the Syrian operators will be on duty on the newly assigned S-300 crews?